One of the favorite past times of tech twitter during the pandemic has been predicting the next Silicon Valley.

Austin, with its natural beauty, weird-chill vibe, flagship university, killer BBQ, and long history of technology companies is an obvious choice. Francis Suarez, with the hustle of a direct-to-consumer CBD salesman and the political savvy of a future president, has been miraculously tweeting Miami into existence as a tech hub. And, of course, you can never count out San Francisco to be the next San Francisco.

We know the players and we know the game. It's comforting. And the best part is, there are no wrong answers! Just wrong questions.

People still refer to the "tech industry" as if every industry wasn't getting eaten by software. I advise and invest in companies tackling problems in education, real estate, banking, media, fitness, construction, and healthcare. The only reason I can help this range of companies is because they are all using the same principles of software development to accomplish their goals.

Internet-enabled software is in the deployment phase, where it becomes so ubiquitous as to be second nature. Asking which city will be the next tech hub is like asking which industry will use software.

Of course, all industries use software. And any city that wants to stay economically relevant will need to figure out how to attract people that build it. San Francisco and Austin and Miami are some of the best positioned places to do this. But the "tech industry" is too big for one city.

The most interesting industries are not the ones software is eating, but the new ones it's creating. Things that weren't possible or economically feasible before. Autonomous cars. Virtual reality. Social networks.

So, what new types of cities might the internet create?

To answer that question, we need to understand what makes cities great. Paul Graham wrote an essay about this that starts:

Great cities attract ambitious people. You can sense it when you walk around one. In a hundred subtle ways, the city sends you a message: you could do more; you should try harder.

Humans are mimetic creatures—always looking at what others are doing, comparing ourselves to it, and copying their behaviors. Bigger cities, by nature of their size, will have more ambitious people. But it's once ambitious people are surrounded by other ambitious people that something interesting happens. They start feeding off of each other.

Geoffrey West, an academic who left the field of physics to explore new pastures, has quantified this effect by showing a strong relationship between the population of cities, higher wages, and more creative people:

But this chart is on a log scale, which is just a fancy way of saying it’s an exponential relationship: interesting people attract more interesting people. Once there's a critical mass of them, other people start noticing and emulating them. This creates even more novel ways of doing things, and more people get in on the fun. Pretty soon you have a culture.

West goes on to explain that when you think of cities, you think of the boulevards of Paris and the Eiffel Tower, you think of the skyscrapers of New York. But that's just the stage. It's the platform on which the social networks and information and creativity is taking place. It facilitates the daily social interaction that creates ideas, wealth, and stimulates innovation.

It's not the place that matters, it's the density of creative ideas and interesting people. When I think about where I meet interesting people, it’s increasingly not in a physical place at all. It’s on Twitter threads and Discord channels and WhatsApp groups.

In the Facebook era, people met in person and then became “friends” online. But it makes more sense to do the opposite: find your friends online and then meet up in person. There are at least 1000x more people to choose from online, and they conveniently gather into easily identifiable tribes. People in the dating pool are the most highly motivated searchers for strong new connections, and they have figured this out in droves:

But the physical world still matters. Once people connect, they need meatspace to come together, break bread, be present, and immerse themselves in the environment. Maybe someday there will be virtual realities with the same bandwidth as the real world, but for now, you can’t beat good old fashioned reality.

So how do we get the best of cities and the best of the internet? What if creative, ambitious people found each other online and then decided to get together in the same place?

This is the premise of Creator Cabins, the community of remote cabins for remote workers and independent online creators that we're building in the Texas Hill Country, about 45 minutes outside of Austin. Here’s a view from the deck of our first cabin:

Like any good startup, it's a simple premise with an ambitious goal. For now, it's a place to get together IRL with your internet friends. In the future, I hope it becomes one node in a network of decentralized properties, owned and operated by small groups of independent online creators and entrepreneurs. The density of creative energy of San Francisco or New York, but wherever and whenever you want it to be. If you were designing a 21st century city from scratch, why would you put it all in one place?

Follow this idea to its logical conclusion and you can end up in some wild territory. Neal Stephenson wrote about independent distributed city-state Burbclaves in his mind-bending 1992 science fiction classic Snow Crash. James Dale Davidson envisioned not just sovereign suburbs, but sovereign individuals around the same time. Davidson's buddy Peter Thiel helped popularize the idea of Seasteading more recently. And now, Balaji Srinivasan is talking about exiting to cloud-first Network States.

Many of these visions make my network of cabins look woefully unambitious by comparison. But my goal isn't some grand libertarian exit from society. I just want to take more of the magical serendipity of the internet and bring it into high-bandwidth reality. First, we'll have cabins. Then there will be towns. Eventually, I think we'll have a network that really does resemble a city.

I won't pretend to know exactly where this is headed. The best cities aren't planned, they evolve. But if Creator Cabins has an ambition, a central cultural tenet, I hope it is one of people gaining greater independence over their work and lives by earning a living online. I am inspired by independent online creators, writers, artists, and entrepreneurs—so I'm making a place for us to gather and meet each other and create even better things.

If you’d like to be a part of it, come visit! And if you want to create your own node in the network, I’d love to help you get started.

Get the latest posts delivered right to your inbox 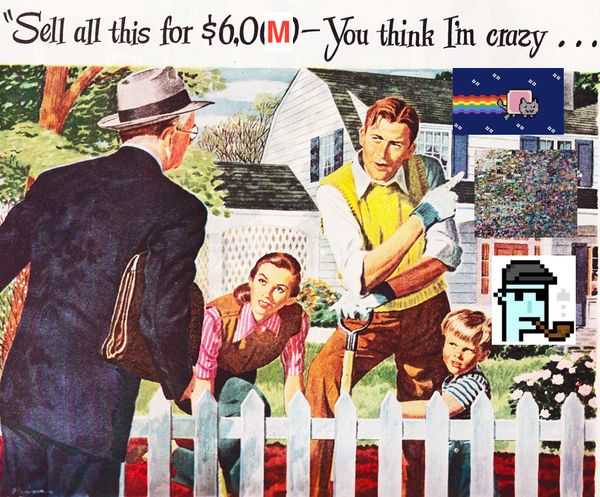 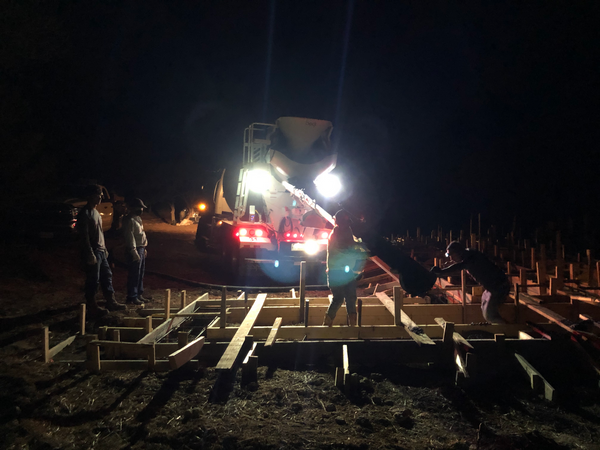 Last Wednesday at 4:00am, bleary-eyed and freshly caffeinated, I watched in awe as a dozen people, many who had never met before, descended on my property and worked together

Stay up to date! Get all the latest & greatest posts delivered straight to your inbox